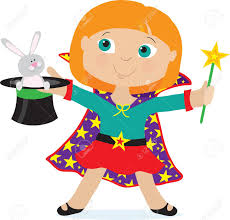 for their spouses or children and we are prepared for that. Today a man came in who looked familiar but I just can’t remember everyone anymore. He said he was here a while back to buy things for his son and when he told me what he bought I remembered him as he was very generous with this son of 10 years old. He said I was very helpful last time and wanted to get some other things for Christmas which he did.

Then he went on to tell me that his son was cold in his attitude which kept people away from him and that he hoped that magic would help him as he likes magic and is forced to talk and do the patter thing and so he’s getting used to talking to people. I always said that magic is wonderful for shy kids because the attention is on the tricks and not on them and that gives them the freedom to feel more at ease. They are the center of attention and admiration without having the spotlight actually shining on them, so to speak.

Then the man told me that he did magic as a kid and he really believes that he would not be the success he is today if he had not been involved in magic when he was younger. It left me feeling pretty good, especially when he said I was really good at what I do. I told him anything I do, anyone can do as I am not really a magician and I’m not, but I guess if you do the Svengali Deck for forty years you get pretty good at it. So if you have a child or a niece or nephew who’s on the quiet side, get them some magic tricks. You’ll be getting them confidence at the same time even though they may never realize it was you who brought them to the road of success!

Merry Christmas and Happy New Year to you and your loved ones!