Is Dove Magic Making A Comeback?

I remember way back in the day when Phil and I used to travel to magic conventions all over Canada and the USA. Practically every single stage act was a Dove Act. It was almost a rite of passage for magicians! It was so prevalent that the one and only Bob Little also had a dove act, but he was the dove, a giant dove, and he produced magicians out of a hat, miniature magicians, that is. It was hilarious.

After a while I guess magicians realized that the dove market was flooded and many went on to other things, like cards, mentalism and floating things. It never totally disappeared but is there a resurgence? It may have been Darcy Oake’s “jaw dropping dove illusions on Britain’s Got Talent” that rekindled the flame, but there are new dove items on the market, so that gives me a clue.

Think I’m kidding about rite of passage? Take a look! Just to name a few! Mouse over the image to see the name of the performer 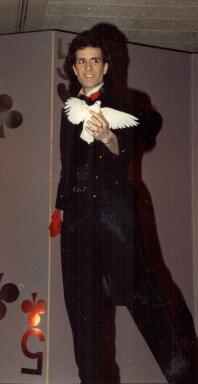 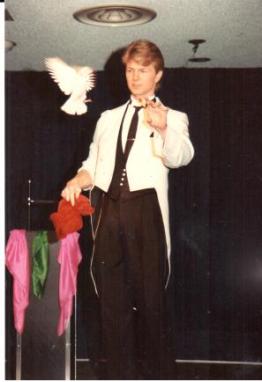